Kasetsart University this week celebrates its 77th Anniversary with an international academic forum and Thailand’s largest and most popular week-long pedestrian street fair and market. 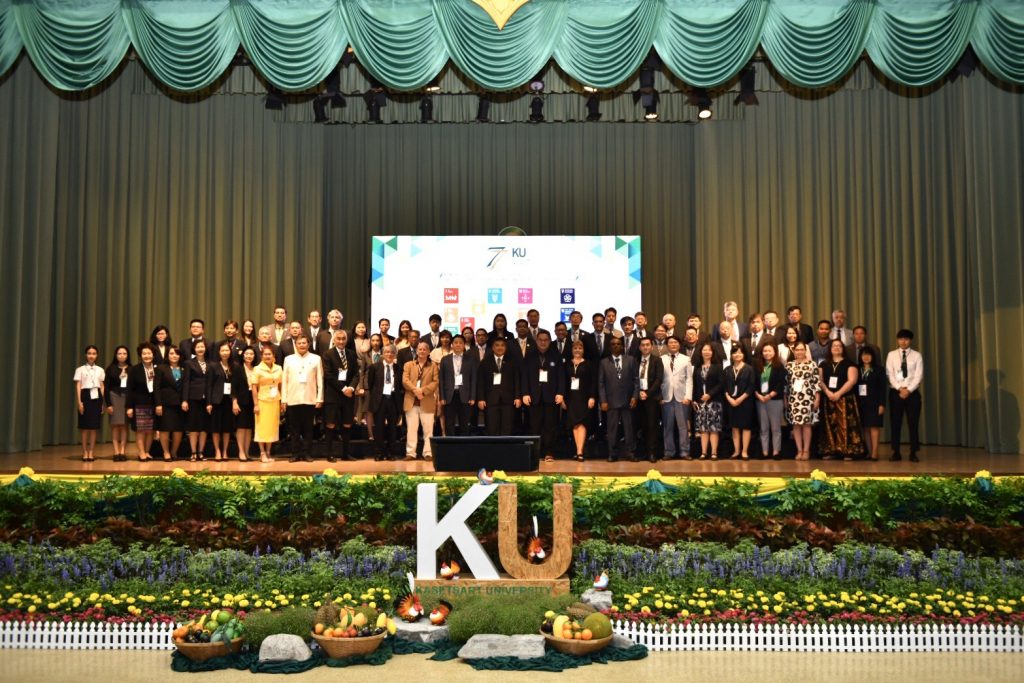 The 2020 Kaset Fair – which launched on 31 January and will conclude on 8 February – brings together hundreds, if not thousands of vendors and exhibitors from across Thailand to assemble on KU’s Bangkhen campus, where they set up booths and exhibitions along the university’s roads to sell and demonstrate various types of agricultural goods, produce,  foodstuffs, kitchen wares, amenities, clothes, tools and even pet supplies.

To mark the occasion of its auspicious 77th anniversary , KU on 3 February organized its annual Academic Forum, which was dedicated to the United Nations’ 17 Sustainable Development Goals (SDGs).

Entitled “Higher Education and Sustainable Development: Facing Realities and Implementing Change” the forum was launched by KU Acting President, Dr. Chongrak Wachrinrat, who noted in his opening speech that this was the third year that KU has organized such an academic forum on the occasion of the Thai university’s anniversary. 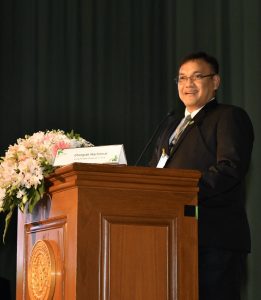 Dr. Chongrak set the tone for this year’s forum by noting that KU, which opened as an agricultural training and education focused institute in 1943, has evolved into a multi-disciplinary higher-learning institution to better address various needs and challenges of an ever-evolving society, whether in terms of economics, engineering, health, business or arts, in addition to agriculture and the food industry.

He reminded everyone that it has already been five years since the Sustainable Development Goals were launched, and yet there are still many challenges needing  addressed, and perhaps best championed by leadership at higher-learning institutes.

On this theme, the forum featured a number of key note presentations and panel discussions with representatives of several of KU’s academic partner institutes, who presented on how their respective institutes were implementing the SDGs, and what still needs to be done, or could be done better.

Among the presentations that stood out the most in context to Asian agriculture and food security were presentations from the respective Japanese and Korean institutes. 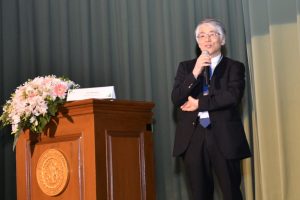 Dr Nawata shared data highlighting output uptrends over a recent two-decade period for three staple cereal crops – rice, maize and bread wheat. He noted that while harvested area of these three crops remained mostly constant at around 500 million hectares throughout the period, production grew significantly from about 1.6 million tonnes in 1997 to 2.7million tonnes in 2017.

He credited this increased productivity to contributions from the Agricultural Sciences, including high-yielding varieties (plant breeding innovation),  crop protection and management (against weeds, pests and diseases), improved irrigation, drainage and cropping systems, as well as an emphasis agricultural extension programs.

Controversially, Dr Nawata rhetorically posed the question of whether or not some of the increased output could be attributed to “global warming”, on the reasoning that increased temperatures and carbon emissions would, theoretically, contribute to increased plant respiratory and photosynthesis activity.

Aside from this Dr. Nawata cautioned heavy reliance on energy-intensive systems as well as the misuse or mismanagement of chemical fertilizers and crop protection products, especially in context to environmental degradation through eutrophication.

Expanding on the topic of natural resource and food contamination was the presentation from Dr. Kyouung-Woong Kim, a professor of Environment Engineering and the Director of International Environmental Research Institute at the Gwangju Institute of Science and Technology.

Addressing sustainable goals number two, three and six (zero hunger, good health and well-being and clean water and sanitation) , Dr.Kim presented on some of his institution’s research in Southeast Asia to understand arsenic contamination of soil, groundwater, and rice. 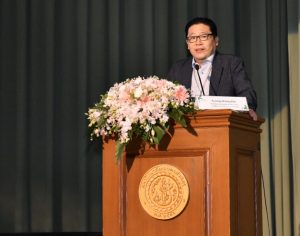 Dr. Kim shared some alarming data on arsenic content found to be contaminating soil, water and ultimately rice in parts Cambodia, Vietnam and Thailand. In addition to looking at the sources and mechanisms of contamination, researchers also studied arsenic levels, factors and implications in human subjects.

On the bright side, the institute has found that arsenic uptake by plants may be reduced or limited upstream through certain agronomic soil conditioning techniques, including the application of biochar. Downstream, polished rice has also shown promise in reducing levels of arsenic, though research is ongoing, he concluded. 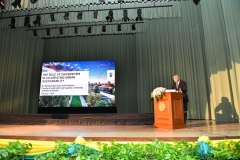 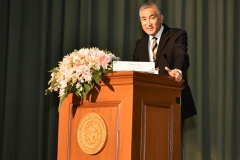 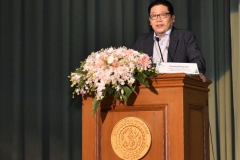 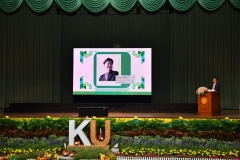 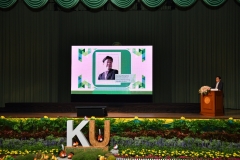 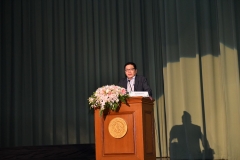 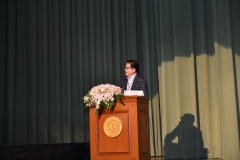 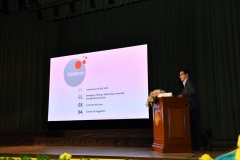 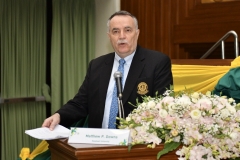 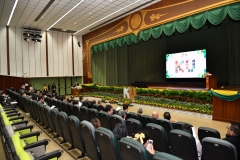 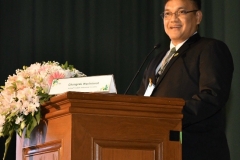 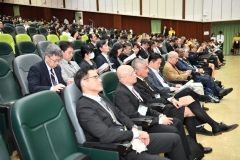 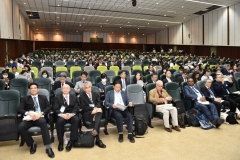 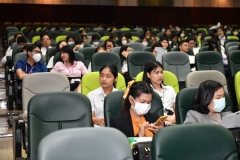 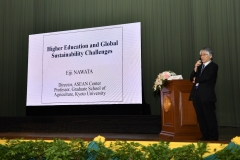 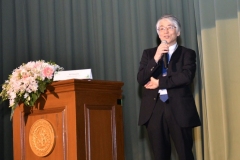 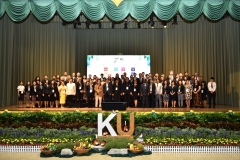 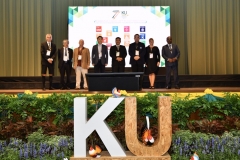 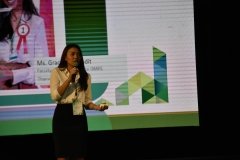 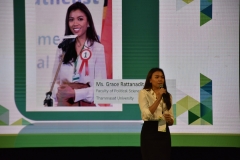 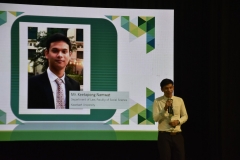 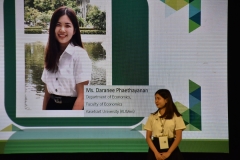 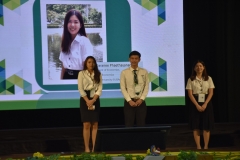