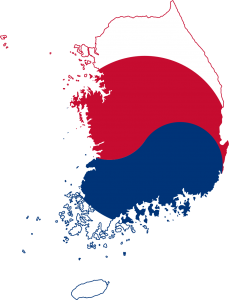 This page features a compilation and selection of Korean seed industry news briefs, summaries and leads, with an emphasis on events that impact or affect provinces, regions, counties, cities and locales in the Republic of Korea (South Korea).

This page will be updated throughout the year, with most recent briefs listed first.

The CEO of leading Korean seed company, Nongwoo Bio, Lee Byeonggak was featured in a Korean language interview published by the Maekyung Media Group. In the Q&A, he answers questions about his company, R&D, strategy, goals, as well as the situation with Korean and international seed business, including insights on Covid-19 and North Korea situation.

The Jeheon-si Agricultural Technology Center, in North Chungcheong Province, is reporting success with trials for barley microgreens. As reported in Korean language news, the microgreens were sprouted in new 396㎡ facility, which was designed for year-round production. Microgreens, which have a short seed to harvest cycle of between seven to ten days are a rich source of nutrients.

Korea’s Ministry of Agriculture, Food and Rural Affairs has issued a management plan aiming to bolster prevention of inspection of epidemiological plant diseases at fruit tree seedling production sites. Proposed is to conduct joint inspections with local government agencies up to four times a year, as reported in Korean here.

Inspections of cereal seed production sites have been carried out by the Gyeongnam Provincial Agricultural Research Service Administration announced. The inspections, carried out on 13ha of wheat seed production fields, focus on plant and grain health, especially the prevalence of pests and diseases. According to the Korean article, this year there are trargets to produce 18,630kg of wheat seeds;  15,400kg of large grained barley as well as thousands of kg of other types of barley and cereals.

The Gyeongju-si Agricultural Technology Center will distribute seeds of new, locally developed, feed-purposed oat and and green barley. The varieties were bred by the Rural Development Administration and the National Institute of Food Science and Technology to promote resilience and self-sufficiency of domestic agriculture, reports Dakyung News.

The Jeonbuk Provincial Agricultural Research Institute has teamed up with the Rural Development Administration in Jinan County of North Jeolla or Jeonbuk Province to improve varieties and produce high-quality seeds of domestically grown sweet potatoes. Focusing on taste and yields, trials had been carried out between March to early May, focusing on several promising varieties. Finally, one particular variety shows the most promise, due to its apparent to certain pests, productivity and suitability for early cultivation, reports cm.asiae.

The Rural Development Administration (RDA) has issued a number of guidelines to Korean cultivators of soybean in anticipation for the Korean soya seed sowing season, which is during the month of June. The guidelines, published here in Korean, cover everything from variety selection to identifying and preparing healthy, pest- and disease-free seeds, weather and location consideration in order to ensure optimal yields.

The Rural Development Administration (RDA) through the Agricultural Genetic Resource Center is continuing to evaluate wheat genetic resources to identify high potential breeding material that could be used to develop new domestic wheat varieties as part of efforts to improve self-sufficiency of staple grains. According to figures cited in the report, the self-sufficiency rate for wheat in Korea in 2018 was only 1.2%, while the Ministry of Agriculture, Food and Rural Affairs has an objective to improve this to about 10% by 2022. To meet the target, the some 2,500 resources from 80 countries have been collected and preserved, including  wild and domesticated species. More details here.

The National Forest Breeding Management Center, in cooperation with the National Forest Science Institute will mass-produce larch saplings from tissue culture seedlet samples, which will be distributed through the national nursery office. Larch is a coniferous tree of the genus Larix, and is an important symbolic species of Korea that grows fast and thus preferred as an excellent source of lumbe; however, its seeding cycles are not stable, and fruiting is also reported to be irregular. The center plans to produce and supply a total of 30,000 tissue culture seedlings by the end of August, with more seedlets to be supplied to state-owned nursery businesses and planted in national forests through to 2022. More details all Joongdo in Korean here.

The president of the Jeonnam Provincial Agricultural Research Service has sought to commence planting of key summer crops such as corn and sorghum. As reported by Wikitree Korea news,  the most suitable time for planting corn is in early and mid-April, and delays in sowing risk a shortened growing season, which would ultimately have adverse affects on yields. In addition, sorghum requires a higher temperature compared with corn, so it is suitable for planting of the crop inJeonnam to commence in mid-April to early May.

The National Gyeongju Cultural Heritage Research Institute (translation) is analyzing milenea-old artifacts unearthed from excavations of the Wolseong Moat in Gyeongju carried out between 2016 and 2019. Among them are what is believed to be dozens of seed specimens dated to the 5th century. Among them are castor seeds, which measure about 9 mm long by 7 mm wide. Castor is not native to the Korean Peninsula, but is known for its origins in Asia and Africa, including India. Therefore, it is hypothesized that the seeds were imported.

A community garden project in Seoul has allocated 6,940 sections in 15 farms, mostly around ‘paldang’ lake, as well as in Goyang City and Gwangmyeong City. The sections were designated to urban gardeners between February 3 and March 20, and gardeners on April 11 came to plant vegetable seeds and seedlings in their respective sections. See more info in Korean here.

To minimize risk associated with face-to-face interactions, chicory and lettuce seeds were distributed to urban garden farmers via a drive-by distribution system. The distribution of seeds, carried out in early April, is part of an urban garden project in Uijeongbu city of Gyeonggi Province. More details here and here.

Nongmin.com in Korean language provides an update on the “Native Seed Bank” opened last November in Donggori, Godeok-myeon, Pyeongtaek-si of Gyeonggi Province. Quoting an interview with the bank’s director, the article notes that there are some 800 native seed specimens are being conserved after being collected from various areas in the province. The seed bank is equipped with a seed storage room spanning 140㎡ with cold storage controlled as low as minus 20 ℃.

A cooperative in Chungnam Province is facilitating the increasing incomes of pepper growers through the supply of pepper seedlings, with cultivation and harvesting information and guidance support. The Cooperative is reportedly raising 150,000 pepper seedlings at its nursery this year, which it sells to farmers at a rate of 150 won per seedling, which is cheaper than the market price of between 250 to 300 won). Its supply has increased from 50,000 seedlings in 2018 to 75,000 in 2019, and now double this year.

To mark Urban Agriculture Day on April 11, a tradition which has been observed in Korea since 2015, the the Ministry of Agriculture, Food and Rural Affairs, joined with reps from the US Embassy to promote the joy of urban farming by making food and sharing food with agricultural products harvested from seeding by 40 Korean and American elementary school students. More details in Korean here.

The Hongcheon-gun Agricultural Technology Center replaced the rice seed germination annual meeting with individual training for 30 farmers in the hall from the 12th to the 13th for the stable farming practice. In order to prevent the spread of corona19, the rice seed germination festival was conducted as individual training, not as a collective training.

Gyeyang-gu, Incheon, is in full bloom of oilseed rape in a large-scale lush complex that is 10 times the size of a soccer stadium in 106-1 Seoseo-dong.  Rapeseed seeds were sown and managed in October of last year, and in April, it is expected to see the yellow color of rapeseed.

Gyeonggi-do Special Police Corp. will conduct intensive investigations on domestic seed producers and importers, looking into the illegal distribution of seeds through seedlings and vegetable seeds sold via online shopping malls and blogs, as well as the sale of seeds that have passed their expiration date.. News in Korean language here.

KOSA gets new President, Board at 55th GAM 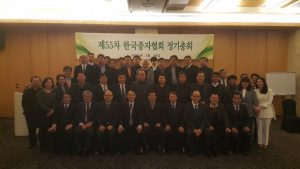 The Korean Seed Association on 30 January held its 55th General Assembly Meeting, in which a new president, 12 Board of Directors and two Advisors were elected. The new president is Jae-Bong Im, who is a member of the Standing Committee for Agriculture, Food, Rural Affairs, Oceans and Fisheries, the National Assembly of the Republic of Korea. The 12 Board of Directors members and two Advisors are as follows:

According to an article on Farm Insight Dot Net in Korean language to promote seed industry promotion initiatives, Korea has paid 140 billion won a year, totaling 14 billion won for crop seed royalties in the decade starting 2009 and ending 2018. The article cites examples of how a single seed can increase many hundreds of times in value along the integrated product chain, and outlines key industry projects and initiatives to bolster the Korean seed industry, such as the Golden Seed Project. Elaborating on the efforts of the project and similar initiatives to improve Korean seed varieties, researcher Byung-Ho Hwang provides insight on another recently published article.

Taking molecular breeding to the next level

The Seoul National University Plant Molecular Breeding Division has developed a variety of projects aimed at laying the foundation for national source technology, commercializing biotechnology, building infrastructure, and supporting projects. Many of these projects, with a focus on varietal development and improvement of food crops such as vegetables and rice, are outlined in this recent Korean News Media article.