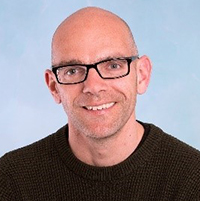 Oxfam and Plantum will present the outcomes of a project in which the two organizations, together with Euroseeds, have aimed to increase clarity and, where possible, find common grounds with regard to the scope of the private and non-commercial use exception (Article 15.1.i) under the UPOV 1991 Convention amongst key stakeholders. A flowchart  answering the question “When can an activity with self-produced seed be considered to fall within the private and non-commercial use exception?” has been developed to establish more clarity and – if officially implemented in a country – legal certainty for both farmers and breeders, while at the same time shedding light on one important interrelation between the FAO Treaty and the UPOV Convention as requested by Resolution 8/2013 of the Governing Body of the Treaty.

Dr Bram De Jonge is the Seed Policy Advisor at Oxfam, the Netherlands, where he is involved in the Sowing Diversity = Harvesting Security (SD=HS) program. Oxfam is an international confederation of 19 organizations working together with partners and local communities in more than 90 countries. One person in three in the world lives in poverty. Oxfam is determined to change that world by mobilizing the power of people against poverty. The Sowing Diversity = Harvesting Security (SD=HS) program aims to strengthen the adaptive capacities of smallholder farmers by improving access to and use of crop diversity. Rather than simply sharing technology, or training farmers to produce seeds for distribution to other farmers, the program is centered on people’s capacities to organize their own work, learn amongst themselves and from committed experts, create locally adapted crop varieties and engage in changing government policies (www.sdhsprogram.org).

Next to his role at Oxfam, Dr De Jonge is a part-time researcher & lecturer at the Law Group of Wageningen University, specialized in the fields of Intellectual Property Rights, Access and Benefit-Sharing, and seed legislation. He received his PhD from Wageningen University and 2 master decrees in the field of Culture & Science Studies and Environmental Philosophy from Maastricht University (NL) and Lancaster University (UK) respectively.