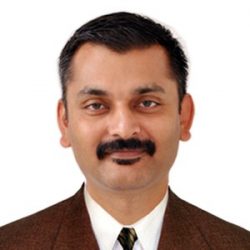 Having served as an Office Bearer (OB) and Vice President during a past tenure on the APSA EC (2013-2015), Dr Patel was most recently re-elected for a new three-year tenure on APSA’s EC at the November 2018 General Assembly Meeting in Manila, the Philippines.

Aside from his role as treasurer and OB, Dr Patel will continue to serve as Co-chair of APSA’s Standing Committee on Seed Technology (Chaired by Johan Van Asbrouck of Rhino Research).  All positions are voluntary and without remuneration.

As Director at Incotec India Pvt Ltd since 1998, Dr. Patel also serves on the Governing Council board member of the National Seed Association of India (NSAI), which has done so for the better part of the last decade.

Holding a Ph.D and M.Sc in Plant Breeding & Genetics (Agriculture science) from the Gujarat Agriculture University, Dr, Patel has more than two decades’ experience in the seed industry — in India and internationally — especially in the area of seed science and technology.

He is one of the founding directors of Gujarat Seed Valley, a joint initiative of the Dutch & Gujarat Governments to promote quality seed production in the west Indian state.