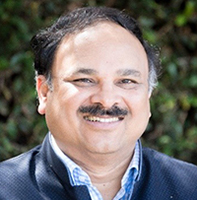 Dr. Maruit Prasanna is the Director of Global Maize Program at the International Maize and Wheat Improvement Center (CIMMYT) and also directs the Maize Research Program at the Consultative Group for International Agricultural Research (CGIAR). He recently presented on efforts to control the fall armyworm  at the Indian Seed Congress. Following is an excerpt from his presentation about management of the pest in the maize seed industry and determining when it is necessary take action from an economic point of view:

Seed security is indeed the foundation for food security. With the onset of fall armyworm, several seed companies in both Africa and South Asia have been informally reporting significant damage to their maize seed production fields. If proper interventions are not taken by commercial maize seed producers, including contract growers, FAW can seriously impact the availability of quality seed to the farmers. This also can have serious impacts on regional and international trade. It is, therefore, essential for the seed companies to develop effective, coordinated, and flexible approaches to manage FAW within the endemic areas, especially in the hybrid maize seed production hubs in states such as Andhra Pradesh and Telangana. Such an approach should be informed by sound scientific evidence, built on past experiences combating FAW, and be adaptable across the agro-ecologies in which hybrid maize seed is produced.

Integrated Pest Management (IPM) components can be effectively implemented by smallholder farmers,  commercial farmers as well as seed producers. However, it must be noted that the economic value of the maize crop produced on a commercial farm or in a hybrid maize seed production field could be much higher than the crop produced by smallholder farmers. Therefore, the concepts of Economic Threshold {ET) and the Economic Injury Level (Ell) (Hunt et al. 2009) become even more relevant in the hybrid maize seed industry context:

In practice, ETs and Ells have not yet been determined for most crops, including maize, in Africa or Asia. Instead, one may rely in the short term on Action Thresholds, which are calculated based on expert opinion and experience coupled with accurate field scouting assessments {Huesing et al. 2018). When pest populations reach the Action Thresholds, appropriate interventions must be taken.

For a commercial maize seed production field, besides rigorous monitoring and scouting from very early stages of crop growth (Huesing et al. 2018), wherever required, a combination of interventions, including environmentally safer systemic pesticides for seed treatment, coupled with foliar applications, cultural control, agronomic management, host plant resistance, and biological control have to be used to keep the pest populations below economically damaging levels.