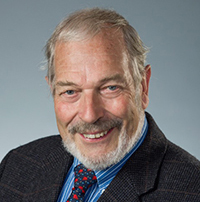 APSA prepared a position paper on intellectual property some years ago and this broadly reflects the content of the UPOV 1991 Convention in the context of the region.  The IPR and Biodiversity Committee is concerned to promote awareness of this paper and of IP issues generally within the APSA community, both public and private. This concern has been raised in recent meetings of APSA committees and it was agreed to hold a half-day workshop on this topic at the Asian Seed Congress (ASC) to be held in Kuala Lumpur in November 2019 as well as in the open session of IPR and Biodiversity during ASC 2019.

As a baseline for this discussion, a survey will be carried out so that the committee is fully informed on the current status of key issues within selected countries. This survey will build upon the recent study of seed legislation and policies in the region that was conducted by the World Vegetable Center on behalf of FAO and APSA.  Plant Variety Protection was a relatively small component in that study and the objective of this survey is to gather more detailed information on the national regulatory frameworks and the effectiveness of their implementation by each national authority.

It is expected that the survey will target the same primary contacts as the previous study, namely the official agencies responsible for plant variety protection and the national seed associations whose members are users of PVP legislation. The associations may provide additional information from the companies most actively involved in plant breeding.  Key issues to be explored will include the awareness of PVP among stakeholders, means of enforcing PVP laws and the extent of infringement of breeder’s rights. These issues will be influenced by the actual content of PVP laws, the stage of development of the seed industry, the strength of regulatory agencies, and the overall socio-political context, all of which vary widely between countries.  These factors should be taken into account in carrying out the survey and with the objective of sharing ‘best practice’ within the region.

Michael Turner holds a BSc in Horticultural Science and a PhD in Plant Physiology, both from the University of Reading, UK.  He has worked in different aspects of seeds for 45 years, first in a government organisation, then in a private seed production company, before becoming Director of the Postgraduate Course in Seed Technology at the University of Edinburgh, UK. He held that position for 18 years, during which time the course trained over 200 students from 50 countries. He then moved in international development as Head of the Seed Unit at ICARDA, the International Center for Agricultural Research in the Dry Areas.  From 2003 – 07 he was the Senior Technical Adviser on a large seed project in Vietnam, supported by the Danish Government.

Since then Michael has worked as an independent consultant on seed issues for many different development organisations and companies. Despite being from a scientific and technical background, much of his recent work has focussed on seed legislation and policies, which are a concern in many countries undergoing economic liberalisation and transition of the agricultural sector.

He was associated with the FAO project that established APSA and gave a presentation on the seed industry of India at the first Congress held in Chiang Mai in 1994. He has taken a keen interest in the work of APSA since that time and attended many of the congresses. This year he will make two presentations, both based on the results of recent surveys of seed legislation in the region.