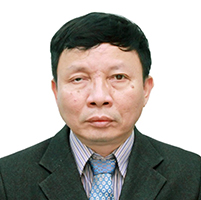 Mr. Minh was appointed Director of Plant Variety Protection Office on December 1, 2015, having previously held the role of Vice Director from May 2015.

From 2004 he worked in PVP Office as Examiner.

During 1983 to 2004 he worked for National Center for Plant Variety Evaluation and Seed Certification (NCVESC) just after graduated from Agriculture University No2 in Vietnam. In 2004 he moved to Plant Variety Protection Office of Vietnam (PVPO) when PVPO is established and has been working there as Examiner until became Vice – Director from June 2015 then Director of PVPO on 1st December, 2015.

He received MS Degree in 1998 then PhD degree in 2004 on Plant Breeding and Selection of tomato at Vietnam Agriculture Academy Science (VAAS).

Mr. Minh will be a panelist in Congress Workshop – Intellectual Property Rights Protection  and present in Plant Variety Registration: Update on experience and challenges